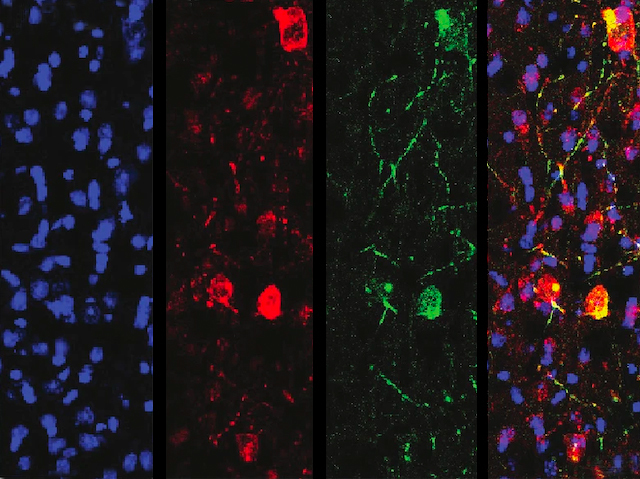 Timing of brain cell signalling is important for laying down memory

We know that part of the brain called the hippocampus is important for learning, but we don’t understand how this works on a deep biological level. The chemical acetylcholine is known to be involved in sending signals within the hippocampus, known as cholinergic signalling, but its precise role is unclear. Some researchers have found that a loss of cholinergic signalling correlates with memory problems and that drugs blocking these signals can reduce memory loss in dementia. But removing nerve cells that send acetylcholine signals has little impact on learning. By studying genetically engineered nerve cells in mice brains, highlighted in red and green in this image, researchers have found that differing levels of cholinergic signalling at certain times are important for learning, and are particularly low during sleep. This might help to explain why the age-old advice for students to ‘sleep on it’ after revising seems to work so well.