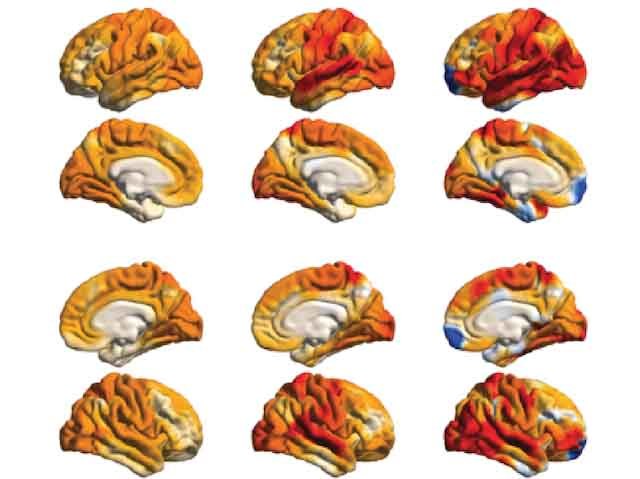 After a sleepless night even the simplest of tasks requires intense concentration. New research suggests that an altered balance in how much our brain regions work independently and with other regions could be the reason behind this. When our brain is integrated, regions are connected and communicate effectively with each other to carry out our daily tasks. When our brain is segregated, the focus is primarily on activity within a region. For efficient cognitive function a balance between segregation and integration must be struck. After 24 hours of no sleep, volunteers were asked to complete several tasks whilst having their brains imaged. In comparison to their pre-sleep deprived state, the balance of integration and segregation in brain activity was found to have changed and their ability to carry out the tasks was impaired. As more connections are considered (from L-R) the balance is skewed further.

Katy is a freelance science educator, presenter, writer and producer based in London. She is a former Engagement and Events Officer at the MRC LMS.