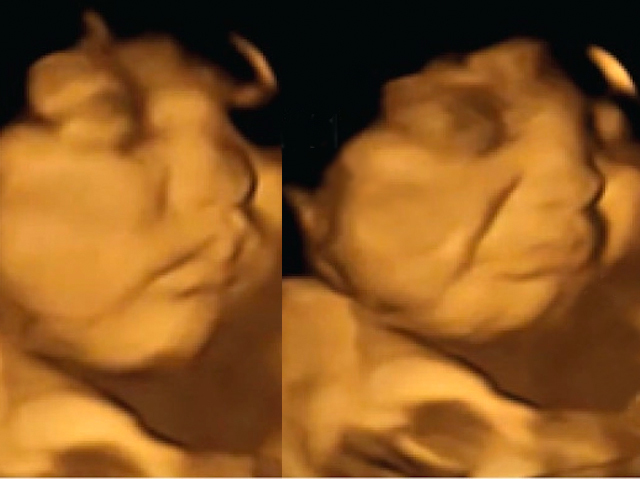 You may have heard of stories of expectant parents talking to their ‘bump’ in case they can hear, or getting a kick from the baby if they feel your hand. But what about their sense of taste? Can they turn their noses up at flavours before they are born? Well it turns out they can! Researchers recorded foetal facial expressions after mothers were given a particular flavour to eat. Here, ultrasound scans show the foetus’ expression before (left) and after (right) the mother had eaten some kale, apparently showing its reaction to the bitter flavour. This shows that a foetus can detect and distinguish different flavours whilst in the womb. It could also mean that child food preferences could be influenced before birth depending on the mother’s diet. Perhaps if a mother consumed lots of kale during pregnancy, then their child wouldn’t dislike that flavour profile later in life.

Formerly a stem cell biologist, Sophie has since moved into science communication working at the MRC LMS. She also writes an award winning science and education blog Soph talks science.