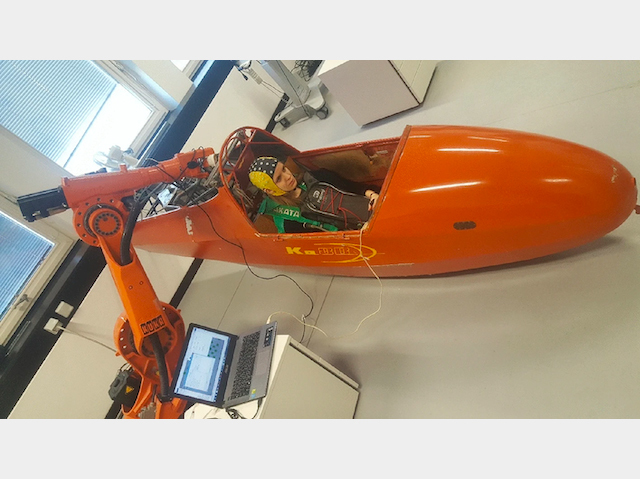 A burst tyre in the fast lane, a pocket of turbulence at 15,000 feet – human pilots are often thrown by unexpected events. To spot what happens to the brain in the split-seconds after a jolt, test pilots in this cockpit were rocked at random by a robotic arm. The unpredicted interruptions were designed to spot something predictable in a moment of chaos – the brain’s immediate response to a loss of balance. Researchers used electroencephalography to measure patterns of electrical activity called perturbation evoked potentials across each pilots’ scalp – spotting and later predicting patterns specific to jolts in different directions and angles. Quick detection of these patterns during real flying and driving might allow computers to temporarily take the wheel while the pilot recovers – an example of a brain-computer interface that may save lives.