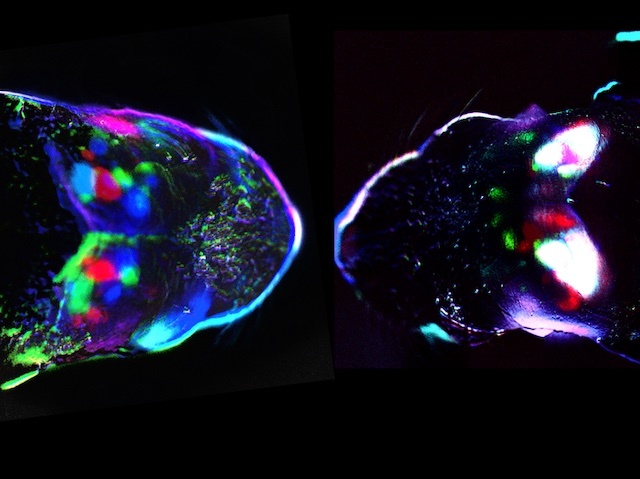 Before take-off pilots make careful checks, testing out machinery and circuits that will soon fire into action. In these developing mouse brains, something similar is happening just before birth. On the left, a region in a mouse’s brain called the superior colliculus lights up (highlighted in rainbow colours) with waves of activity – it’s received impulses from its eyes. But at this delicate stage in development, these visual 'messages' from the retina often mingle with somatosensory signals, involved perceiving touch and pain. This brief “hello” from the eyes is enough to establish distinct visual connections that will last a lifetime – defining the visual cortex as separate from neighbouring sensory connections. Blocking this ordered separation of signals (in the mouse on the right) may lead to developmental problems before and after birth and could shed like on human conditions involving altered perception.