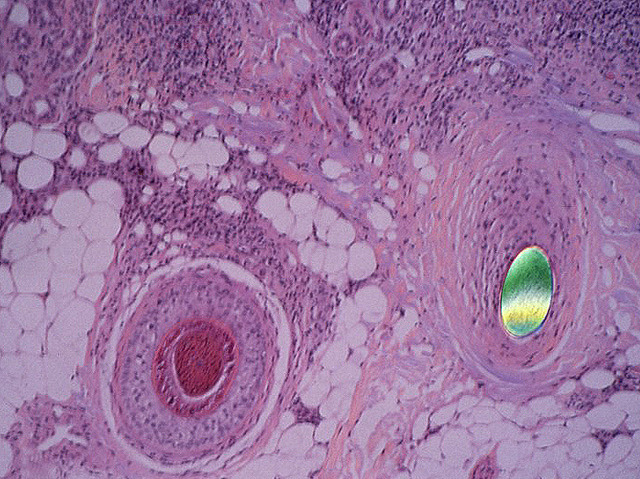 Approximately two thirds of men will experience hair loss by the time they reach sixty. The hair follicles of these men are unusually sensitive to a naturally occurring but more potent version of testosterone called dihydrotestosterone which causes follicles to get progressively smaller and eventually become dormant. Hair transplants, where follicles are taken from the back of the head and implanted individually into the bald region, are a popular cosmetic remedy. In this image of two transplanted follicles the left hand structure has a densely-stained region in the middle called the cortex, containing the fibrous protein keratin and also melanin, the protein responsible for pigment. Keratin fibres are light-reflective and when viewed at certain angles with a petrographic microscope, which scatters light in a similar way to polarised sunglasses, the reflection creates a rainbow effect as seen in the follicle on the right.