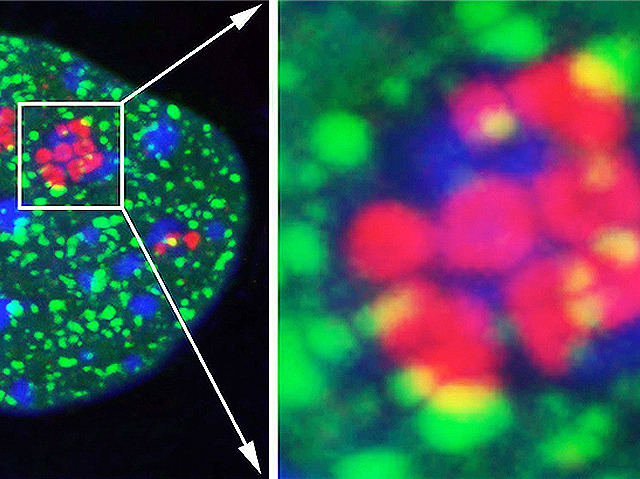 It’s difficult to imagine a factory that makes factories. Conveyor belts full of new conveyor belts; machines building machines; each pieced together with a precise blueprint and then exported for use elsewhere. In the cell nucleus, protein factories called ribosomes are assembled in a ‘factory of factories’ called the nucleolus (shown here stained in blue) and then exported to the cytoplasm to begin work. Manufacturing the cell’s estimated 15000 Ribosomes requires a special combination of tools that exist together in nucleoli. Enzymes called fibrillarin (stained here in red) and HP1β (shown here attached to a green fluorescent protein) help to build ribosomes by regulating how quickly their DNA blueprint can be read, an example of epigenetics.