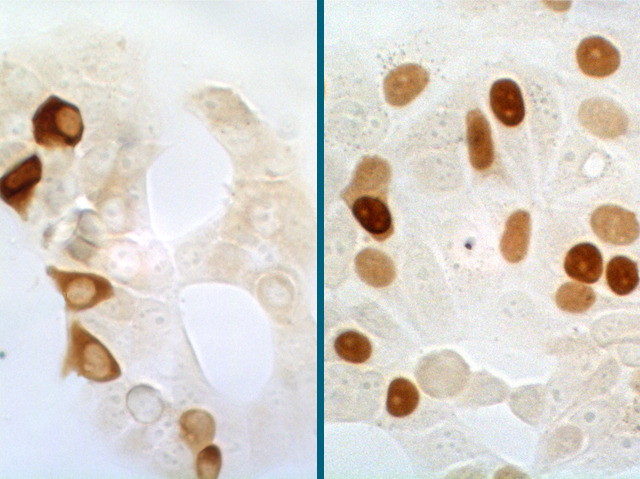 Every cell in our body is a teeming mass of tiny proteins, each with an important job to do and a place to be. Proteins that switch genes on and off need to get inside the nucleus – the spherical genetic 'control centre' at the heart of every cell. These pictures show the locations of two different versions of a protein called MIER1, in breast cancer cells, revealed under the microscope using a brown chemical 'tag'. One version is found inside the nucleus of cells (right-hand image), where it controls genes, while the alternative version tends to lurk outside the nucleus (left-hand image). MIER1 shifts from inside the nucleus to outside as breast cancer develops. The challenge now is to find out whether the different locations of these two versions of the protein play a role in the disease.