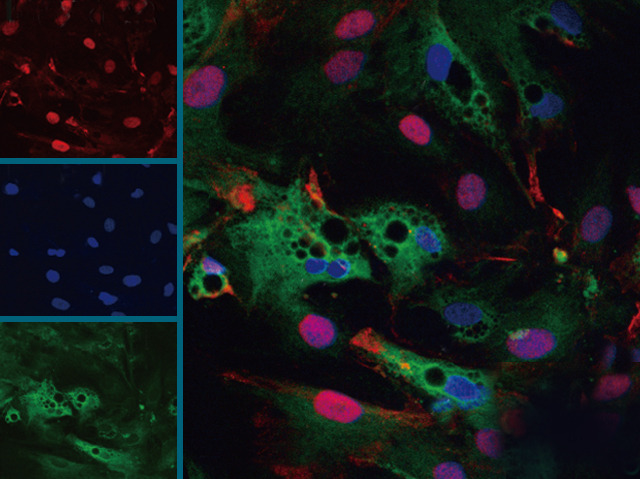 People who are chubby might say that they have ‘good insulation’, but ironically the type of fat that keeps us warmest is less abundant in overweight people. Body fat comes in two types – white and brown. It is the latter that generates the most heat and, as a consequence, burns the most calories. The more overweight someone is, the less brown fat they have. White fat cells contain high levels of a protein called Hoxc8 (stained red), and researchers have found that suppressing Hoxc8 in mice can convert white fat to brown (in the large image, the holey green stained cells with nuclei stained blue). If scientists can find a way to do this in humans, it could become an obesity treatment. In the meantime, going for swims at the beach in winter could help, as exposure to cold is also known to boost brown fat.