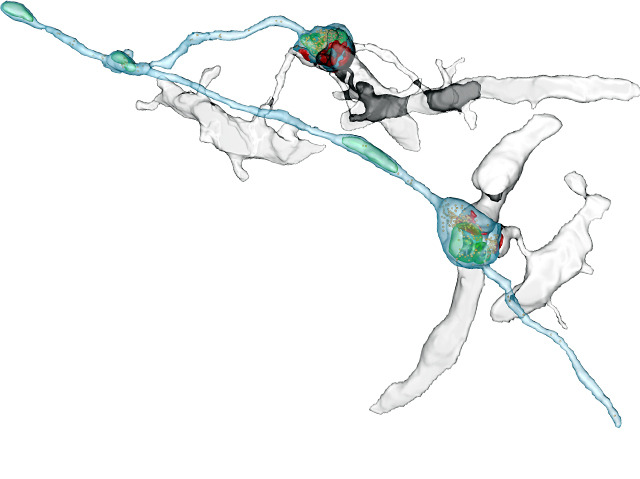 Conventional wisdom tells us that our brains slow down as we get old. Like a sluggish internet connection forcing its way down out-dated wires, thoughts and memories seem to be struggling along old, inflexible neurons. But new research suggests otherwise. By implanting a small window over the brain of young and old mice, scientists were able to watch how neurons develop and change in old brains. What they found was that, rather than being inflexible and rigid, the rate neurons form connections and are eliminated is increased in elderly brains. Connections between neurons – the blue blobs in this 3D reconstruction of neurons meeting – are being formed at a faster rate than in the young brain, but they’re also being eliminated more quickly. This fragility leads to an unstable perception of the world, and might explain the mental frailness we associate with old age.