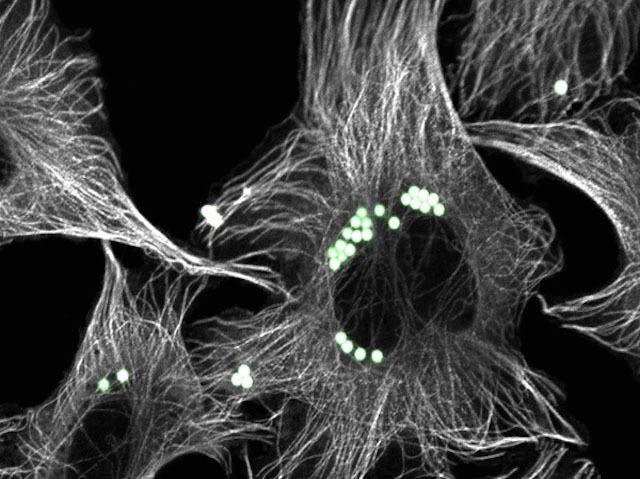 In much the same way that Pac-Man chomps through a maze of dots in the classic computer game, cells in the lens of the eye can gobble up their neighbours if they sense they're dying. This cannibal-like tendency, called phagocytosis, prevents debris from dead cells impairing vision by clouding the lens, which is constantly bombarded by destructive ultra-violet (UV) light. Pictured are epithelial cells in a chicken embryo lens eating ‘fake’ dead cells made from latex (green-white dots) that were inserted during a laboratory experiment. Scientists identified a receptor on the epithelial cells that triggered them into action – and also discovered that UV light slowly degrades these receptors, explaining why clouding of the lens, or cataracts, may occur eventually in some people.