Biomedical Person of the Day 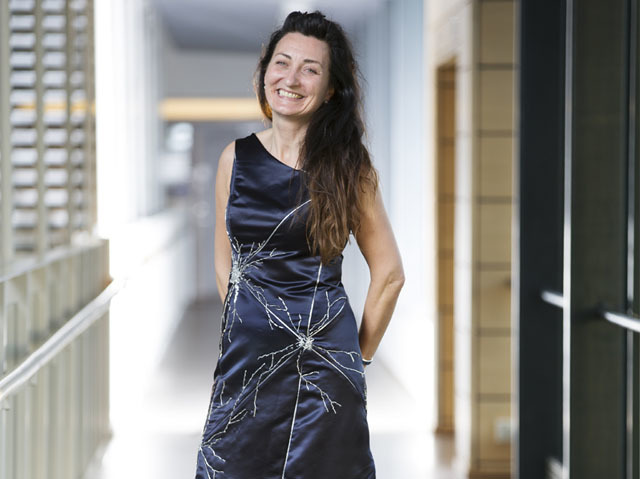 Neuroscientist May-Britt Moser, whose birthday is this month, gained global recognition in 2014. She and her then-husband Edvard won the Nobel prize in Physiology or Medicine for their work on the brain’s 'inner GPS'. They discovered a type of cell, called a grid cell. They found that when a rat passed certain points arranged in a hexagonal grid in space, nerve cells were activated that form a kind of coordinate system for navigation. They went on to demonstrate how these different cell types co-operate. May-Britt chose to wear an extraordinary dress for the Nobel ceremony. Designed by Matthew Hubble, this depicted the cells on which Moser has focussed her scientific attention. The idea echoes the Nobel Textiles scheme from the MRC-CSC. This brought together artists at the Central St Martins college of art and design and Nobel-prize winning scientists to create textiles inspired by science.