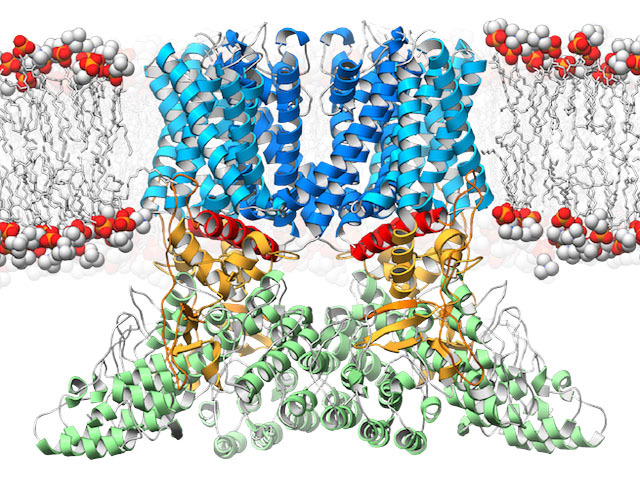 Many of our cells are perforated by tiny tunnels, known as ion channels. They open and shut on cue, allowing ions – electrically charged atoms – to flow in and out, transmitting important information and enabling us to detect all sorts of physical sensations, such as heat, pain, pressure or even the spicy fire of a chilli pepper. This pile of coloured coils represents the three-dimensional shape of an ion channel called TRPV2, buried in the outer membrane surrounding a cell. Not only is it responsible for sensing changes in pressure and temperature, but it’s also involved in activating the immune system and causing inflammation. Researchers worked out TRPV2’s shape thanks to a powerful new technique called cryo-electron microscopy, which pelts cells with high-energy beams of electrons. They can now use this 3D information to develop drugs targeting the channel, which could treat autoimmune diseases caused by an overactive immune response.