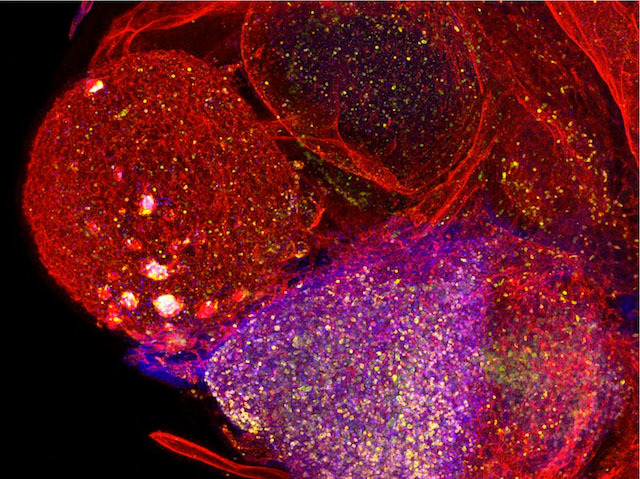 Sudden death in young people is often due to hidden heart defects whose origins are poorly understood. Now scientists have uncovered a link between the commonest genetic disorder, neurofibromatosis type I (NF1), affecting one in three thousand people, and heart attack fatalities. Seven times as many people under 30 who died of heart failure were found to have NF1. In NF1, the failure of a dud version of the protein neurofibromin to control how fast cells divide leads to tumours on the spine and skin, but also autism. A study in mice embryos with NF1 showed defective blood islands (silvery discs) forming on the growing heart (red oval shapes are ventricles, with an embryonic liver in purple). Whereas healthy blood islands normally form blood cells and vessels, scientists suspect these defective cells cause cardiac inflammation. Earlier diagnosis and treatment with anti-inflammatory statins could reduce the onset of premature heart disease.