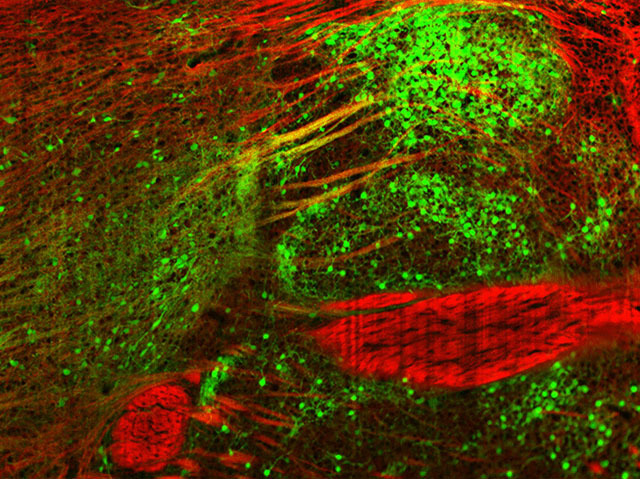 Researchers are baffled by the power of a single molecule, dopamine, to influence and possibly determine your dominant character traits and behaviours, such as whether you’re a risk-taker or have addictive tendencies. The organic molecule produces pleasurable sensations in response to actions that reinforce the link between specific behaviours and rewards. In extreme cases, those links can become so strong that harmful addictions result. Using rabies virus scientists have traced a map of the neural circuits in mice that make up the brain’s pleasure and emotional response centres as the virus spread from neuron to neuron (red) without killing them. Rabies-infected dopamine neurons (green) are seen projecting into the striatum (red) located at the brain’s base. Uncovering the secret links encoded in the neural circuits and architectures secreting dopamine holds the key to treating addictions to harmful addictions to substances and behaviour patterns, but also to motor dysfunctions and Parkinson’s disease.