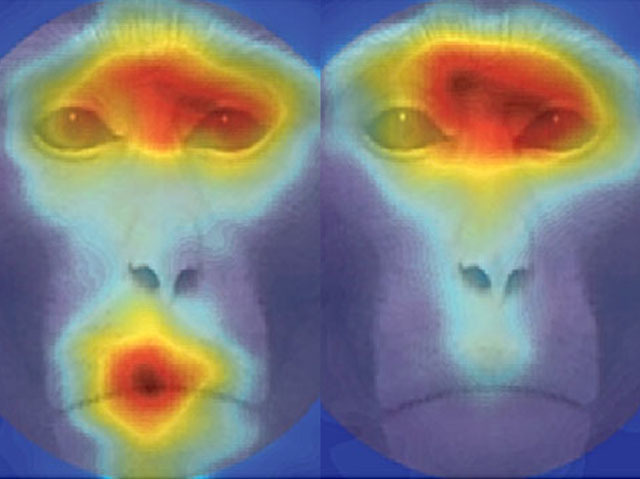 Is this monkey face threatening? Monkeys normally base their conclusions mainly by inspecting the eyes for signs of threat (right, where red indicate sites of longer gaze and blue shorter), whereas a monkey with damage to its amygdala region – the part of the brain that processes emotional reactions including fear and anxiety – will be distracted by the mouth of the potential aggressor (left). This research shows that intact amygdalae are important for directing attention to the eyes, conceivably to reduce the chances of misinterpreting possible social threats. Amygdala damage can affect humans in very diverse ways, including making them more placid, take more risks or, as illustrated by one extreme and famous case, become more aggressive. American student Charles Whitman murdered 16 people over 24 hours in 1966, and his personality change and urge to kill was attributable to a tumour compressing his amygdala.