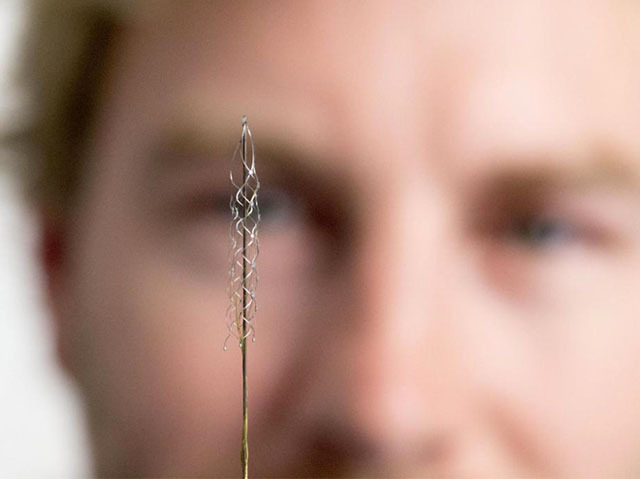 It might look like little more than a couple of twisted paperclips, but this tiny device could hold the key to controlling bionic limbs through brainpower alone. It’s a delicate electrode, designed to sit inside a blood vessel in the brain and record the nerve signals coming from the motor cortex – the bit of the brain responsible for controlling movement. Although it’s still early days for the implant, researchers hope that these signals could one day be used to control bionic ‘exoskeletons’. These are tough external frames that can help paralysed people to move again. At the moment exoskeletons are controlled by a joystick, which is cumbersome and doesn’t work for everyone, so being able to control the frame using thought alone could be a major breakthrough. The implant has only been tested in sheep so far, but the team hopes to move into trials in human patients next year.