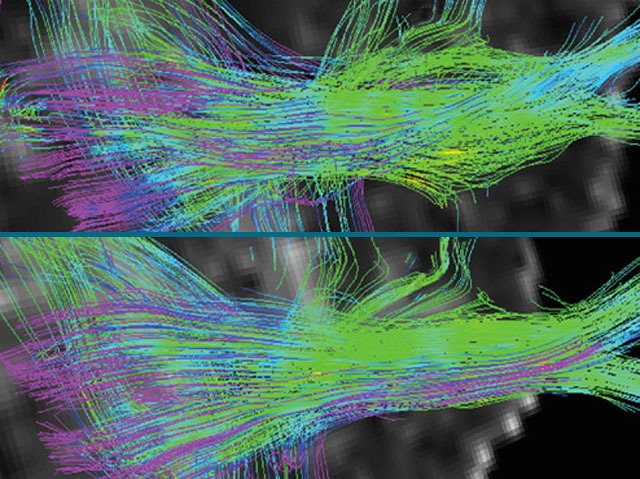 Every war has casualties, but some injuries are hidden from view. These pictures show brain scans from two veterans of recent combat in Afghanistan and Iraq. Both soldiers are classified by the American Department of Defence as having mild traumatic brain injury (TBI) following explosive blasts which resulted in loss of consciousness. The difference between these soldiers? The top veteran endured five such blasts, while the soldier below suffered many more – over 100 blasts powerful enough to induce memory loss. The green and purple lines highlight fibres or 'tracts' of white matter in the cerebellum. The veteran of 100 TBIs has tracts with many more green areas, indicative of slower chemical diffusion and long-term brain damage. As sobering as this discovery is, it makes one wonder about other veterans who were unable to take part in scanning, many with shrapnel injuries that would interfere with the scanning techniques involved.