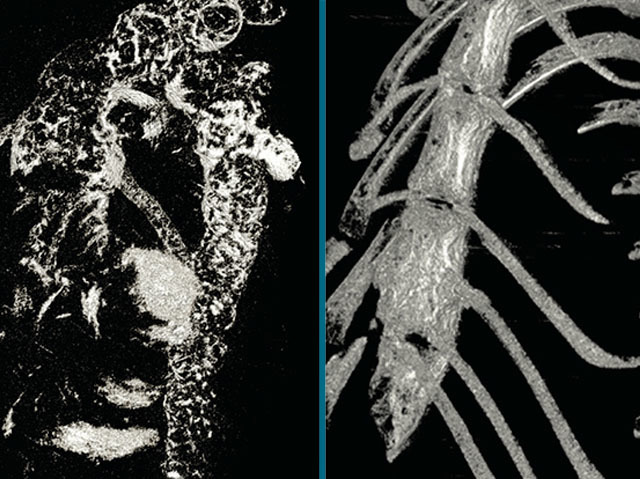 Studies of a rare condition that causes hardened arteries in babies could lead to new treatments for millions of adults with similar problems due to kidney failure. Children born with GACI – generalised arterial calcification of infancy – usually die within a year because their bodies can’t produce a working version of ENPP1, an enzyme that prevents calcium build-up in blood vessels. In a recent study, laboratory mice genetically engineered to lack ENPP1 rapidly developed calcification in the heart and connecting blood vessels (pictured left). However, when scientists gave some of the mice daily injections of ENPP1 fused with a protein to improve uptake in tissues, they remained totally free of the disease – illustrated by the healthy chest cavity, pictured, right. The research could ultimately lead to new therapies for human GACI and chronic kidney disease, which often results in hardened arteries and is linked to impaired ENPP1 production.