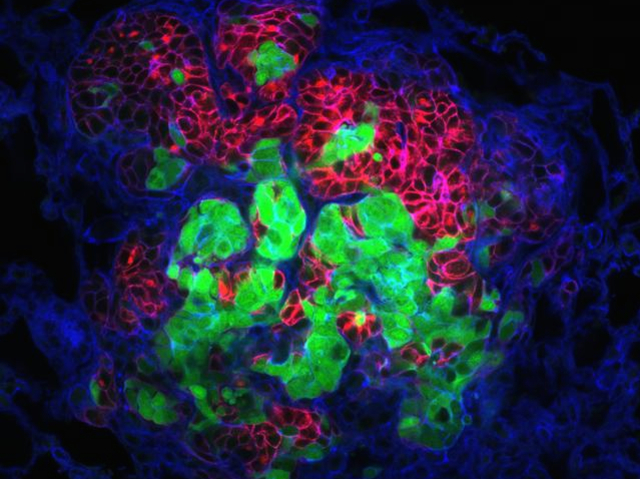 One of the greatest obstacles to eradicating cancer is its ability to seed new tumours in other tissues, a process known as metastasis. Researchers working on breast cancer in mice have recently shown that, to successfully establish these secondary tumours, cancer cells work as a team. By monitoring the behaviour of fluorescently-labelled tumours, they found that multiple cells often travel and invade tissues together. For example, the presence of both red and green-labelled cells in the metastatic tumour pictured reveals that it was seeded by cells from at least two different populations, like over 90% of the secondary tumours studied. Collaborating seems to help cancer cells overcome the body’s defences, making them much more likely to conquer new territories than if they attempted it alone. Crucially, the study also identified cell surface proteins specific to travelling cancer cells, potentially useful markers for identifying and targeting those responsible for metastasis.