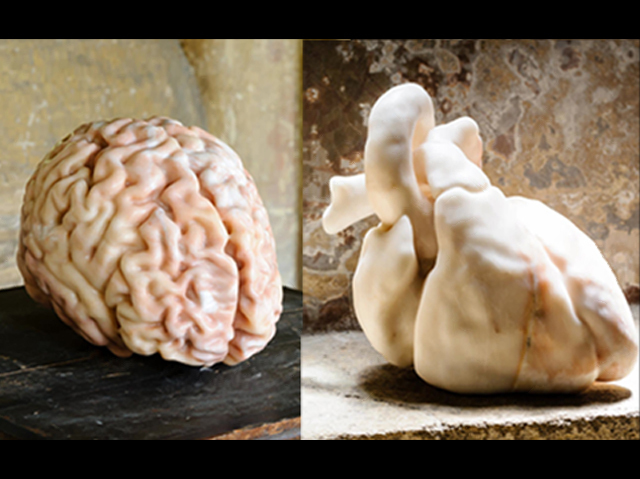 “People have been sticking their fingers into my frontal lobe, and stroking and caressing my heart,” says sculptor Katharine Dowson. She made these larger than life-size sculptures using data from scans of her own heart and brain. Her inspiration came from a chance meeting with neurologist David Dexter, of Imperial College London. Dowson went on to act as a healthy control in Dexter’s study on Parkinson’s disease, which involved a brain scan. She later volunteered in a study that used specialised MRI scans to create 3D maps of the heart. This was led by Declan O’ Regan, at the MRC Clinical Sciences Centre. Dowson extracted data from both scans and used it to 3D print models of her organs. She then made life-size casts in glass, before scaling up the final sculptures to 2.5 times life-size and carving them in marble. The sculptures are currently on display at the 'On Form' exhibition.

The MRC CSC's 'Hearts and Minds' theme week, part of the MRC's Festival of Medical Research