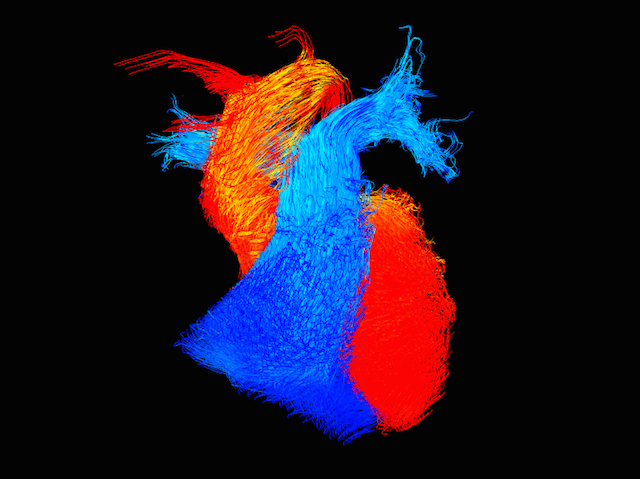 Your heart beats a hundred thousand times a day, pumping oxygen-rich blood coming from the lungs around the body and sending de-oxygenated blood on a trip to the lungs to be restocked. Over an average lifetime it clocks up a staggering 2.5 billion beats. But unfortunately it’s not a perfect pump, and heart disease causes more than a quarter of all deaths in the UK every year and many more worldwide. This image, generated using a technique called four-dimensional cardiac magnetic resonance imaging (MRI) scanning, captures the flow of oxygenated (red) and de-oxygenated (blue) blood and reveals the intricate patterns created by this precious fluid as it rushes through the tubes of the heart. Researchers have used this technique to show that the blood flows around the heart in a more disorderly fashion in people with severe heart failure, helping to explain what goes wrong when the pump stops working.