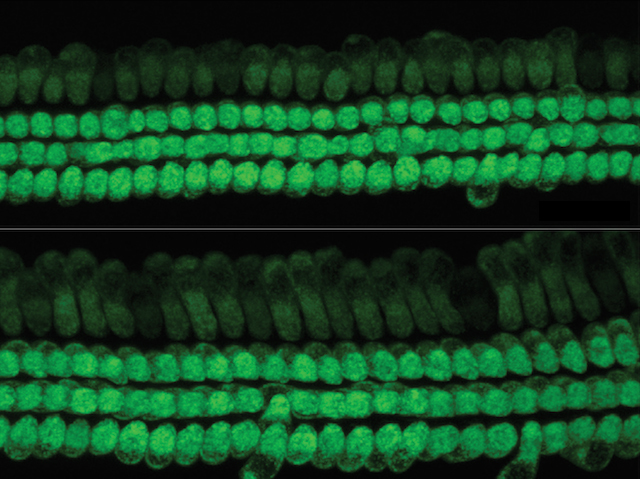 These ghostly blobs are actually inner ear hair cells, stained with a fluorescent dye. Sound waves cause stereocilia, tiny hairs on these cells, to vibrate. A minute pore on the surface, called an ion channel, then lets in a wave of charged particles, starting a signal which passes along nerves to your brain where it gets interpreted. Precisely which gene codes for the pore has yet to be identified, but it could be valuable in studying hearing disorders. Researchers recently examined a group of channels, called the TRP channels, which looked like good candidates. The cells in the image are from a normal mouse (top) and from a mouse missing one of the TRP channels (below). Unfortunately, none of the TRP channels caused any difference in hearing ability. Although it takes time, this brings scientists closer to identifying the channel and studying what affects it.