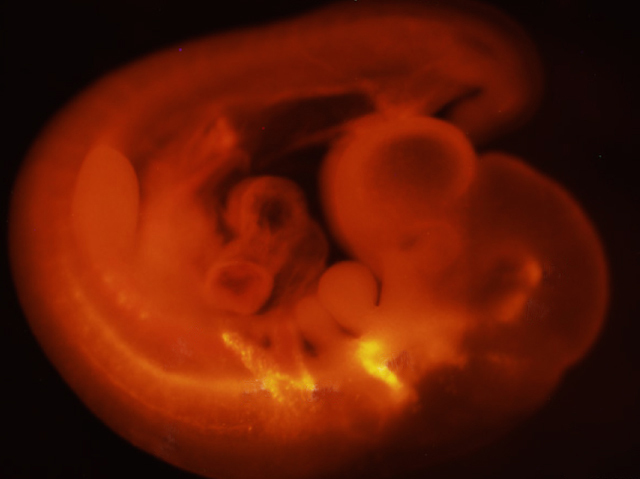 Scientists sometimes make things glow, not for fun but because it can help to show the structures of some tissues. Rats have complex brains fairly similar to humans’, so to help study their structure scientists recently made rats in which any part can be made to glow with a florescent protein called tdTomato. In these rats the gene for tdTomato doesn’t work unless you add an enzyme called Cre. The gene for Cre is in the rats’ DNA, programmed to switch on only in certain cells. The image shows a rat embryo with tdTomato (shown in yellow) highlighting parts of the nervous system that control breathing rhythm. As well as looking at tissue structures, these rats could be used to track what happens to the glowing cells, for example if they move or divide, or to trace cells from transplanted organs in the body of the recipient.