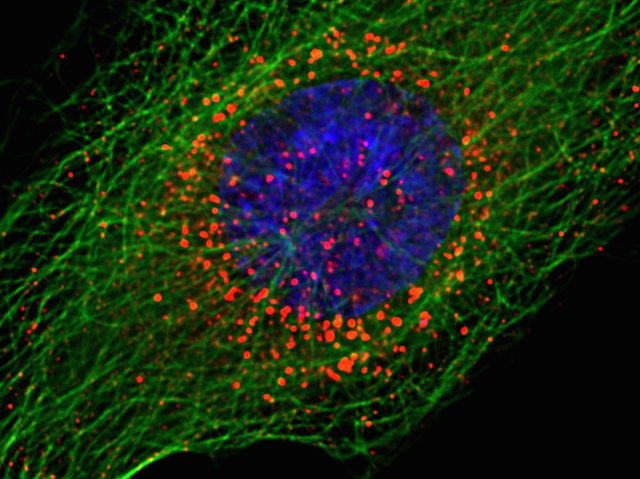 HIV seeks refuge in our immune system’s cells, infecting and killing them. Our immune system then becomes impaired, and our body becomes more vulnerable to bacteria and viruses that wouldn’t normally affect a healthy person. For years, scientists have looked into how HIV successfully enters the nucleus, but recent studies may have an answer. Researchers took a closer look at proteins that chaperone various packages from a cell’s nucleus to the wider cell. They saw that HIV hijacks one of these proteins, forcing it to rip off pieces of the membrane that surrounds the nucleus of the cell, making a hole big enough for HIV to sneak in. By removing these proteins from cells, HIV (red) built up around the nucleus (blue), unable to get inside. A potential drug that could target these proteins would help keep HIV locked out.