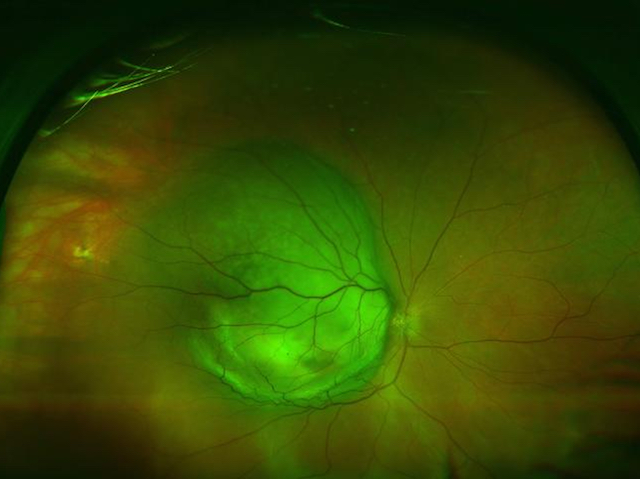 This large green-coloured mass visible inside a patient’s eye is a uveal melanoma. Arising from the pigmented cells of the eye, such as those in the iris, uveal melanomas are rare but often fatal, killing approximately half of the patients in whom they develop. Such tumours may be treated with surgical removal of the eye or radiation therapy prior to metastasis, but once the cancer has spread, effective treatments are limited. But now scientists have discovered a natural plant compound, derived from a member of the primrose family, that inhibits the growth of uveal melanoma cells in culture. The flower substance binds tightly to an oncogenic – cancer driving – protein in the melanoma cells preventing its activity and, in so doing, either kills the cells or turns them back into apparently normal uveal cells. The next step is to test this primrose compound in animal models of uveal cancer.