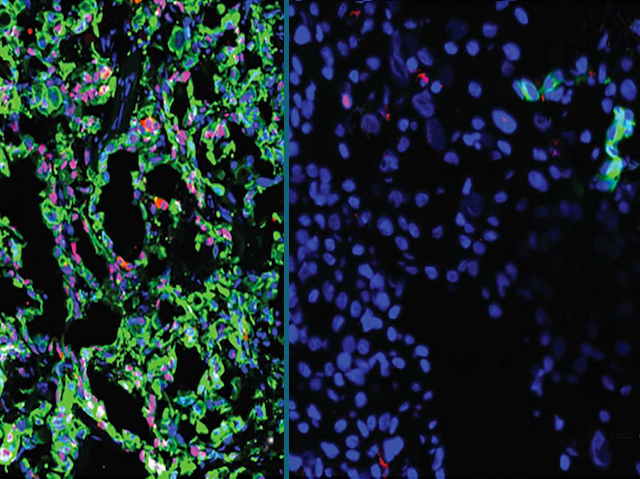 Pancreatic is one of the most deadly forms of cancer, in part because most cases aren’t found until after the initial tumour has spread around the body and become unmanageable. So it’s all the more frustrating that even in the rare cases when it’s caught early and completely removed by surgery, the cancer tends to inexplicably reappear in patients’ livers. A new study might explain why. Although the liver appears cancer-free at the time of surgery, it harbours hidden passengers in the form of dormant cancer cells (red, right, compared to the primary tumour, left). These migrant cells evade the body’s defences by not expressing key molecules the immune system targets (green). Following surgery the liver’s immune system is distracted and depleted, presenting an opportunity for the dormant cells to rouse to action. Spotting their deception is the first step in blocking it in future.