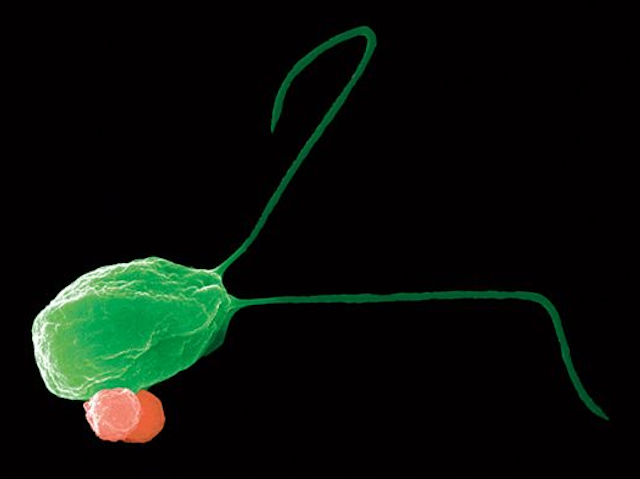 To make sure drugs reach their target cells even in the most inaccessible places, researchers are recruiting mobile single-celled organisms to swim around the body, delivering the goods where they’re most needed. Bacteria are often used to develop these systems but have the potential to reproduce rapidly in the body, at the risk of becoming toxic, so a team of scientists is working on an alternative, based on the freshwater alga Chlamydomonas reinhardtii. Propelling themselves forward with their long tails, these single-celled algae (pictured, in green) can swim through body fluids, such as blood and plasma. With magnetic microbeads (in orange) attached to the algae, their movements can be steered using a magnetic field, and the beads can store useful compounds for delivery. Experiments in the laboratory showed that the algae could successfully transfer molecules to mammalian cells, paving the way for future tests in live organisms.