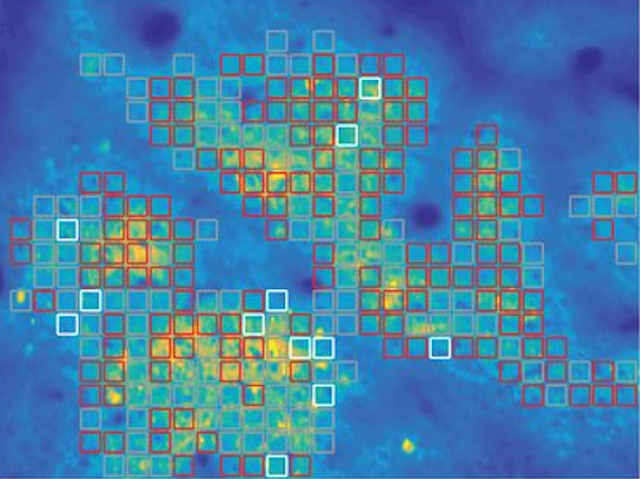 Millions of molecules carrying out myriad missions buzz around our brains in a delicate balance of frenetic activity. We rely entirely on these, and when the balance is disrupted, the brain can become muddled. Neuromodulators carry vital messages between brain cells, and are central to almost all human psychiatric disorders, from schizophrenia to addiction. To get a clearer picture of how they work and ultimately improve treatments that aim to redress the disrupted balance, researchers developed a technique to visualise the activity of the neuromodulator dopamine – usually involved in learning and decision making. They genetically modified mice to have fluorescent dopamine indicators, meaning that they could observe flashes of dopamine activity in the brain while the subjects were, for example, performing running (dopamine release zones highlighted by white squares) and reward (red) tasks. Mapping where and when neuromodulators like dopamine spring up will help improve understanding and ultimately treatments.