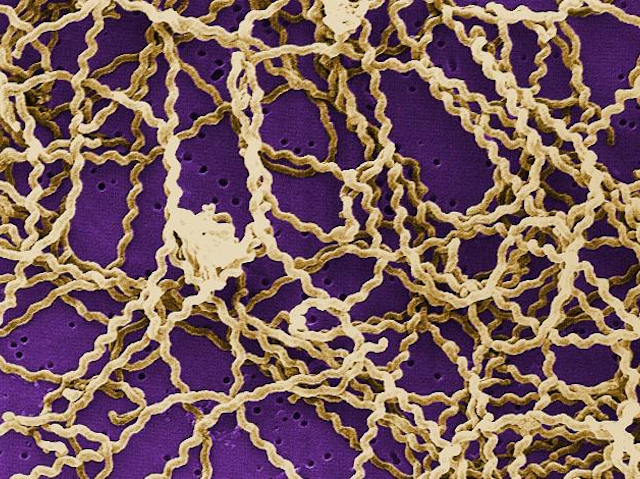 Just as there are different human customs, cultures and population, bacteria have their own regional variations too. These twisted ropes are Leptospira bacteria, which cause Weil’s disease (also known as leptospirosis) and are usually transmitted through water contaminated with urine from infected animals such as cows, sheep and pigs. Scientists studying the extent of Leptospira in Uruguayan cattle have discovered that around a fifth of all cows were releasing the bacteria into their urine, presenting a major health hazard for people living nearby. They found a surprisingly large number of different bacterial strains that were local to the area, including three very rare varieties, and plan to use this information to tailor vaccination more specifically to the region. Beef and dairy exports are a major source of income for Uruguay, so understanding and managing Leptospira infection in cattle has a major impact on the economy as well as public health.