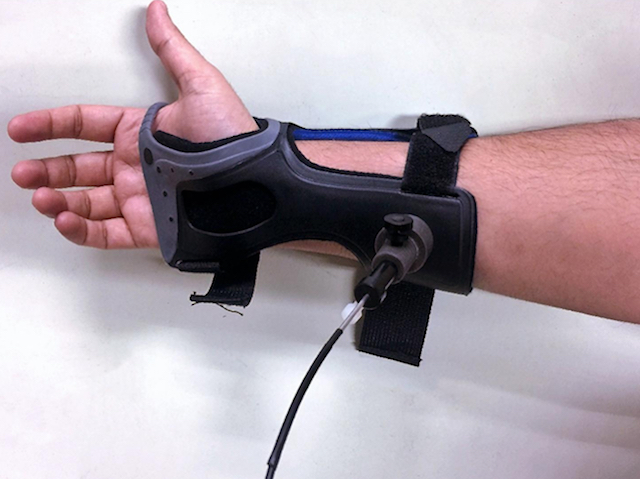 Many people suffering from diabetes need to check their blood glucose levels frequently to avoid the risk of dangerous complications such as a coma or heart attack. This means they need to prick their fingers and produce small drips of blood often multiple times a day. To make this daily chore more pleasant, and possibly eliminate it completely, researchers have developed a wearable device (shown) that uses a special laser technology called Raman spectroscopy to monitor glucose levels in the skin. In a study of healthy people whose glucose levels were tested before and at regular intervals after a glucose drink, measurements with the spectroscopy device were equally as accurate as finger prick tests. If the device can be confirmed as accurate in patients, and can be miniaturised into a continuously wearable form, it may be possible to replace finger prick tests altogether.