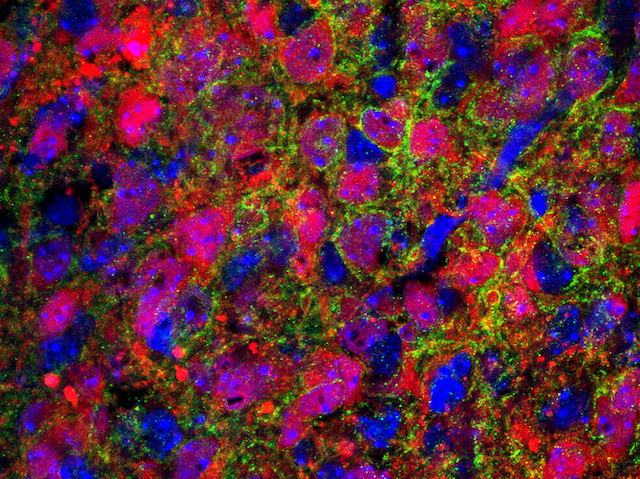 Like a finely tuned engine, the breathing process requires input from a variety of different brain cells in order to detect oxygen and carbon dioxide levels, set the breathing rhythm, and control the muscles needed to breath. Scientists have recently shown in mice that a gene, Atoh1, may be a crucial orchestrator for at least part of this process. They found that Atoh1 is key for the development not only of carbon dioxide-detecting cells, but also for a group of cells in the brain called the parabrachial complex (in red). These cells relay information about blood oxygen levels to other cells that set the breathing rhythm. Without this gene, mice die at birth because their body doesn’t know when to breath faster in response to changing oxygen and carbon dioxide levels in the blood. Problems with the Atoh1 gene could help explain what happens in instances of newborn baby deaths.