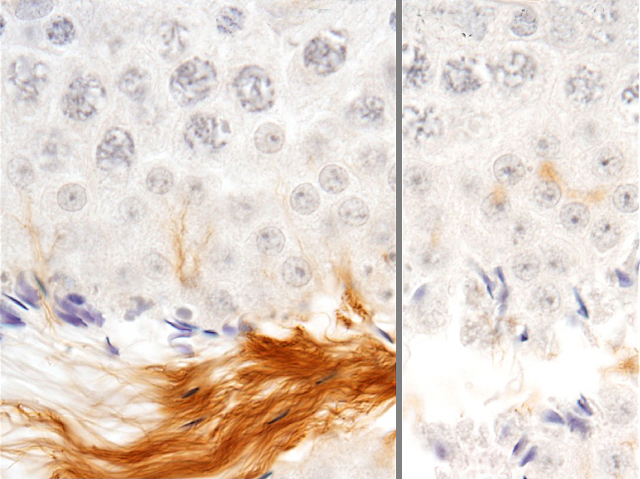 Infertility affects around one in twenty men in western countries, causing frustration and heartache for people trying to start a family. But despite infertility being such a common problem, little is known about the causes at a genetic and molecular level. But researchers have now found that a gene called KATNAL2 plays a vital role in sperm development. The picture on the left is a slice through the testicle of a normal, fertile male mouse, showing the long, wriggling sperm tails stained with a brown dye. The image on the right is a similar slice from an animal lacking KATNAL2, which is also missing mature sperm. KATNAL2 is involved in building biological ‘scaffolds’ inside cells known as microtubules, which are an essential component of the sperm tail. The discovery sets the scene for further studies of KATNAL2 in human infertility and could lead to new solutions for low sperm counts.