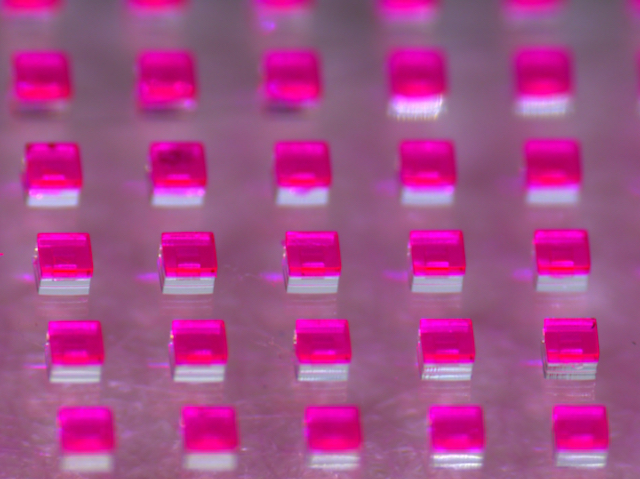 Many medications are packaged in capsules that slowly dissolve after being swallowed, gradually releasing their contents into the body in a controlled manner. Shrinking that idea down to a microscopic scale, these tiny capsules are less than half a millimetre across and are made from layers of biodegradable polymers designed to slowly break down over days or even months, depending on the thickness of the capsule walls. Originally developed as a way of delivering vaccines more effectively, the researchers behind the micro-capsules are now investigating whether cancer treatments such as combinations of chemotherapy drugs, immunotherapy or gene therapy can be trapped inside the tiny blocks. In this image, the capsules have been filled with red dye in order to see how well they work and measure the speed at which they release their cargo. Other applications for these clever capsules include using them as environmental sensors or miniature microfluidic devices.