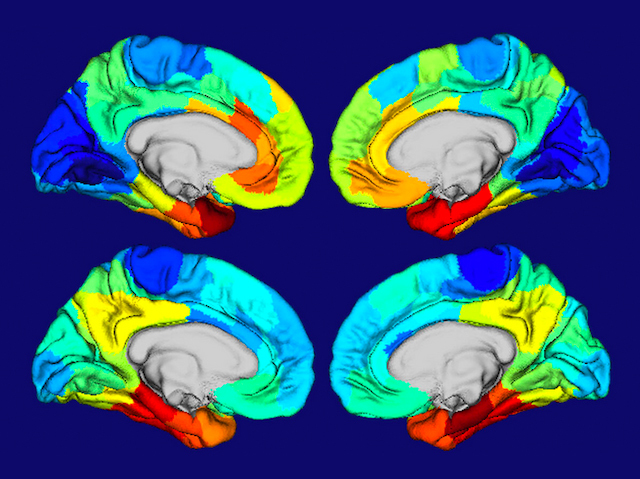 In the brains of Alzheimer’s disease patients, protein clumps accumulate – in the form of amyloid plaques and tau tangles – leading to neurodegeneration. Certain regions of the brain are more susceptible to this pathology than others, but why? Recent research based on brain scans of hundreds of middle-aged and older volunteers, suggests it’s something to do with regional differences in the activation of a protein called APOE. Indeed, these heat maps show areas of the brain where APOE is especially active (top row, orange and red areas), and where tau tangles are especially abundant (bottom row, orange and red areas) – note the striking overlap. APOE is a fat-handling protein, and a specific version of it – APOE ε4 – is associated with increased risk for Alzheimer’s. While questions about the disease mechanism remain, the finding of this APOE-pathology link provides a piece of the puzzle that will likely inform future research and interventions.