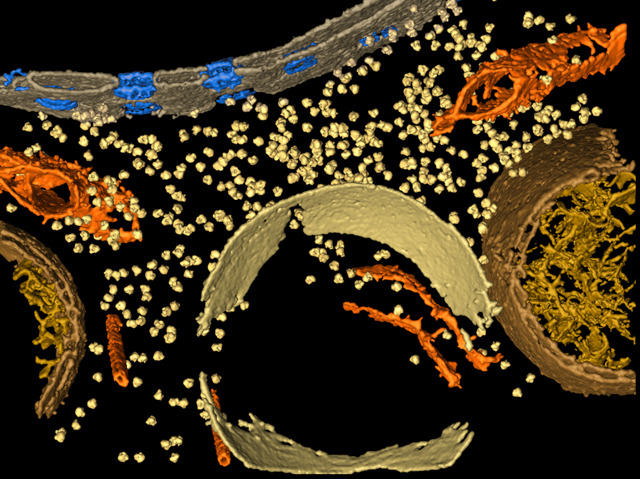 Finding out what goes on within individual cells is no easy task. It can involve freezing an organ and cutting it into super-thin slices for scanning by electron microscopy. These scans are then combined to produce a 3D reconstruction. However, this slicing technique cannot easily be used for thick, complex cells. It tends to result in distorted images because slices get squashed during the cutting process. Scientists have developed a solution, which instead of electrons, uses a focused beam of gallium ions. Firing the ions at a shallow angle into the tissue and using a computer program to reconstruct the data, researchers can produce highly detailed images like the one above of a slime mold cell. At the top is the nuclear membrane with pores (coloured blue) that separates the nucleus from the cytoplasm and its various organelles.