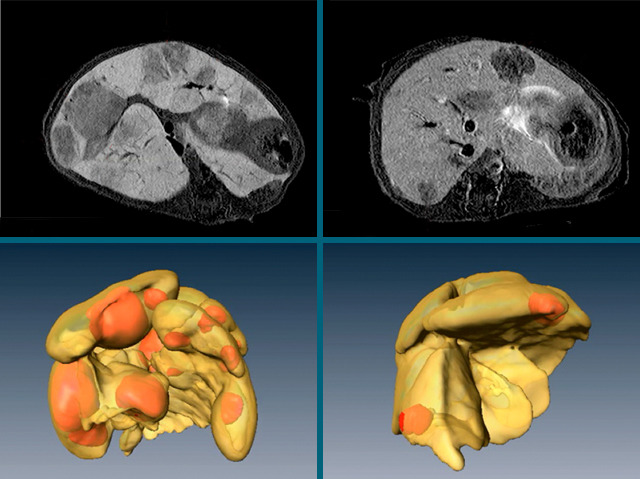 Liver cancer is the third most common cause of cancer death worldwide, particularly in the developing world. More than half of all liver cancers are due to infection with the hepatitis B virus, which causes years of damaging inflammation that in some cases eventually results in tumours. Tiny fragments of cells called platelets flock to areas of damaged liver, releasing chemicals that stimulate further inflammation. To try and break this vicious cycle, researchers are investigating ways to stop platelets from releasing their deadly cargo in mice with hepatitis-induced cancer. The liver in the left-hand panels, packed with multiple tumours (darker blobs), is taken from an animal treated with a placebo. While the organ on the right is from a mouse given two cheap anti-platelet drugs, aspirin and clopidogrel, and has far fewer tumours. The next step is clinical studies, to see if these promising results bear up in humans.