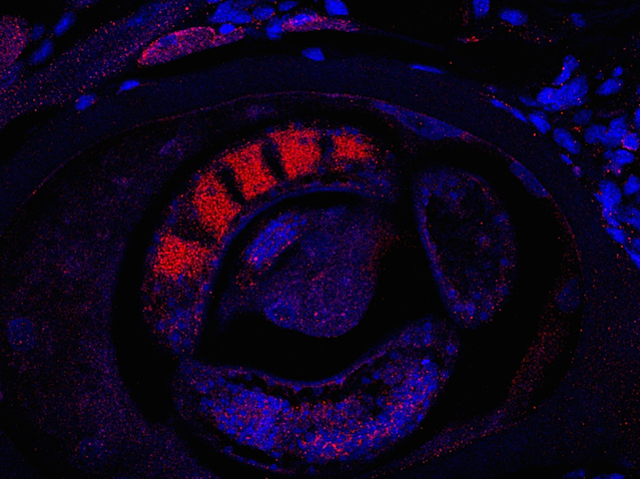 Deep inside a rat’s muscle cell lurks this nasty surprise. Coiled up in a neat spiral, it’s a parasitic worm known as Trichinella spiralis, which causes a disease called trichinosis. The worms have a complex lifecycle, passing between pigs and any animals (or humans) that eat them. When a pig is infected – usually by meat from another infected animal – the parasites burrow their way from the gut into the muscle tissue. Once there, it curls up into a tiny ball and lays low until it is eaten, passing the infection on into a new host. Intriguingly, chemicals produced by the worms can change the shape and structure of adult muscle cells, stabilising the proteins inside them and stopping them from being broken down. Scientists are now hunting for the parasite-produced molecules responsible for these remarkable effects, which could form the basis of future treatments for people with muscle wasting diseases.