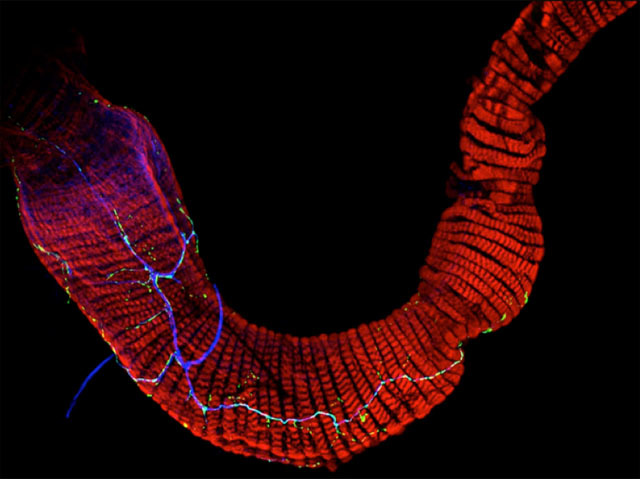 Containing around half a billion nerve connections, the human gut maintains immensely complex communication with the brain. Signals pass between gut and brain via these nerves and the gut also responds to many hormonal signals. Indeed, the complexity of the gut’s neuronal connections has led to this elaborate network being dubbed ‘the second brain’. This complexity makes study of how the gut and brain communicate quite daunting. Scientists therefore use a simpler organism, the fruit fly, to investigate this. Remarkably, the guts of flies and mammals have very similar structure and functions. Flies also have nerve connections from brain to gut which researchers expect have roles in feeding behaviour, food choice, and metabolism. Pictured is a fruit fly gut (muscles in red) and part of its nerve supply (blue and green). Flies can also be genetically manipulated, making it possible to dissect the interplay between gut and brain still further.

The work of this research group features at the Food of Tomorrow event at Imperial College, London this evening. 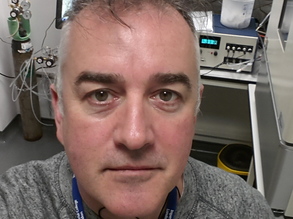